Intern’s chronicles. Week minus one hundred and four, or how it all started

ya_frosia: A bundle of scrap, generally, sinks
alexei: ya_frosia: But floats fine in mercury
zoogenic: alexei: But if the scrap is uranic, it sinks in mercury too
alexei: zoogenic: you go sink uranic scrap in mercury yourself

(From an ancient insane dialogue on dirty.ru)

Autumn 2017. Clear understanding that it won’t get better anymore, that there is decay and emptiness ahead, I’m sick of all, and, all in all, - it’s time. And the wife says: “Did you see these courses on Udacity?”.  All, without exception, important and fateful events in my life have always taken place in autumn. So, now also…

Of course – not all at once. I had already decided a while ago that I no longer want to work for Latvia’s best mass media and, in general, would like to stop putting tons of letters into words every day, in any mass media of any country in the world. I also knew that I wanted to program. And that it will be Java or JavaScript, as the most demanded languages in Latvia. What was I waiting for? The magic kick in the butt. Apparently, when Google and Udacity would finally arrange free Android courses for EMEA region. After all, Android is the same Java (or it was back then, at least). 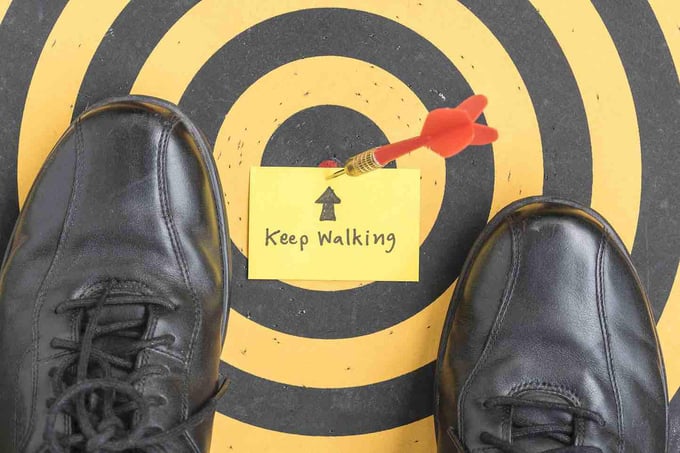 Half a year, two stages, selection for the first stage via cover letter; for the second – by completing the first and being active on their forum and Slack, helping students. If you think about it, the process is exclusively testing your soft skills, since Android for beginners, purely technically, is rather simple. Well, simple for those who can program, at least a little. I could - since way back in school.  Hence, I passed without any problems.

Despite the simplicity, the courses turned out to be exceptionally useful. They introduced me to the language, tools, principles. Because the courses are usually  paid (Google just covered the fee this time), a valuable differentiator from analogues was that all tasks were checked by mentors. They left comments on my Very Beautiful Code (not really) and often suggested solving the problem slightly differently, or completely differently.  So nice – feedback from real professionals is priceless during the learning stage. 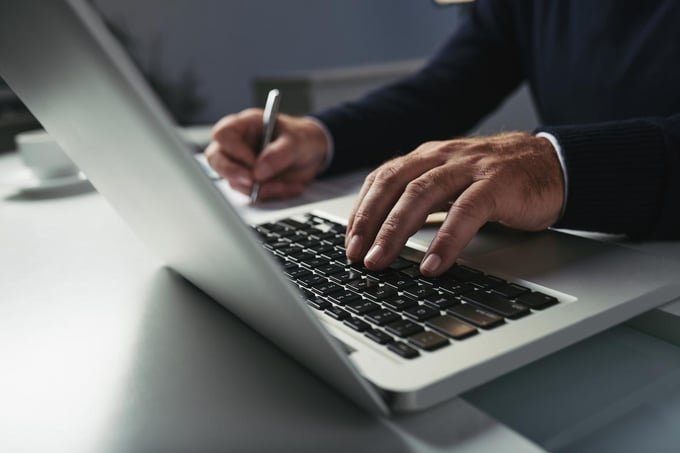 In parallel, I was brushing up my English. Not just because you can’t get anywhere without it in our Westward-facing industry, but also because I had a General Plan. I don’t know about now, but in 2017 every student (and every DELFI reader) knew – if you want to enter the industry, do it through Accenture courses/school. English lessons were not offered there.

Udacity mentors’ positive and useful comments, my ability to work out other students’ code and advise them, gave me the main thing – confidence that I am on the right track.

In spring 2018, I… actually, let’s pause here. Five minutes of psychology. Feel free to skip, if other’s emotions are (absolutely) not interesting to you.

Motivation and support by the family

You’ve probably read the paragraphs above in two minutes, the entire text won’t take you even ten. Meanwhile, for me – it is a year of life. Whole 365 days when I was studying AND working a job. A job that required mental effort, mind you, which is much harder to combine with studies. But mental fatigue is not the main enemy, and I am not writing this to complain or brag. I want to warn those who will decide to replicate this.

Every, literally, every single day you will be asking yourself endless questions: “Will I be able? Do I need this? Am I doing the right thing? What about… “. Now I am convinced that people who decided to change careers, started doing something about it but then never changed careers, have tripped over one of these questions on one of these 365 days. Perhaps they could answer them in the first month, maybe even in the eighth. And then – couldn’t. And – that’s it.

And no, I do not know why people who have changed careers so rarely talk or write about this (there are over 9000 articles about it online). I am sure that each of them has gone through the same as me. On this journey, correct motivation is no less important than the support of your loved ones and, actually, your ability to learn something new.

I was not motivated by money. Money is a good motivation for the “here and now”. Along the lines of “you learn English – you sign a contract for 1 million euros”. This works always and without a hitch. But this wasn’t my case.

When you are a not-so-poorly-paid professional (as compared to 80% of the country) and all is well – money by itself cannot be your only “carrot”. So, in my case the main reason was that I, probably, burned out. I clearly understood that there is nowhere for me to grow in my profession in Latvia. Meanwhile, in the West nobody needs the said profession, while in the East… I don’t want to go there myself. The fun disappeared, the feeling that anyone needs my work at all was gone. Nobody promised much more money, either. In any case, it was necessary to change everything. 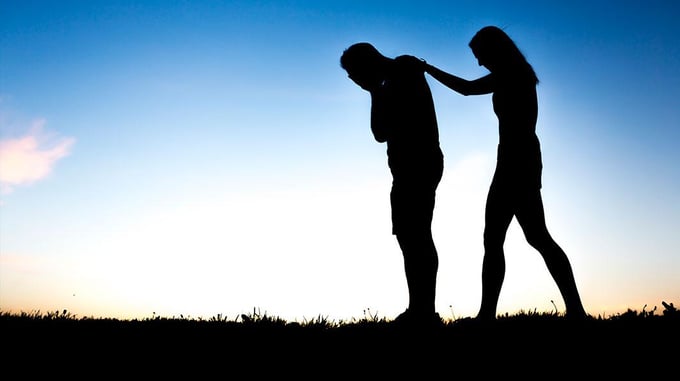 But not with motivation alone. The second ingredient is support from your loved ones. When people find out that you have changed careers, while working, and also at a mature age, they often ask: how is this even possible?

They apply the situation to themselves and see that there is not much time to figure out and learn something cardinally new.

I’m answering how: you must have someone – your significant other, your parents or a reliable friend – who will cover your rear. Or who will take on a notable share of routine tasks, or earn so much money that it covers them. For, there are only 24 hours in a day and no willpower and desire to win can change this fact. I was blessed. Not only did my wife cover the rear, she also provided moral support during particularly difficult moments and smoothed out acute self-sabotage attacks. Therefore, using the opportunity, I am expressing boundless gratitude :) I love you, dear!

So, in winter 2018, while still not having completed the Udacity course, I realized that I needed something more thorough. In general, the bane of “programming courses” is that they are like a funnel that gets more narrow as difficulty increases. I.e., there is a great number of simple surface-level courses, but if you want to go deeper – either pay, or do it by yourself. I was not against paying, but how do I know exactly what I need?

And this is when I came across this Harvard masterpiece: CS50's Introduction to Computer Science. This is an actual course from the actual Harvard University with actual lectures and – what’s no less important – real practical exercises. It is free and not exclusively intended for those who want to dedicate their life to information technologies. By no means does this fact make the course easy. I would not say that it is terribly difficult, but if you, like me, aim to complete it at the same pace as Harvard students, which is just below four months, it will definitely be an awful lot.

I have completed it and believe that it’s the perfect test for anyone who would like to enter the IT industry. It does not matter what you want to do: program, configure, test, analyze. What matters is: if you can complete it (especially, at the pace intended by its creators) – it means that you are fit to work in the Great And Formidable IT. Actually, now when friends and acquaintances ask questions along the lines of “I want to get into IT, what do I do?” I immediately give them the link to CS50.

The Udacity and CS50 courses are not an exhaustive list of my self-education efforts. There were other, more “Java-oriented” courses, as well as database fundamentals and various other little things. In accordance with the best practices (easily found on the Internet), I was diligently putting everything out on GitHub, combed my LinkedIn profile, perfectly mastered the skill of banging my head on the wall… that is, finding the answers to questions on the Internet. And so on, and so forth. However, I will highlight this podcast: “Learn to Code With Me”. It is full of stories about people who have entered the industry. It is very inspiring and motivating, particularly in moments of especially acute relapses into the dangerous “ICantDoAnyOfThis” disease.

The summer was coming, the work was in full swing, the brain was melting and draining over the collar. Do you remember my General Plan? Yeah-yeah, the Accenture school. Besides, I was full of determination to get admitted without resorting to any connections to the company itself. Though, considering my past profession and joint projects with my previous employer, the connections were there.

Of course, the General Plan failed miserably – I did not pass the tests, and I was not admitted. For, the First Rule of any test is: prepare for the test itself. There was no interview at Accenture in summer 2018 (the soft skills missed right away), nobody was impressed by my achievements in the field of  self-learning and my naïve code on GitHub. To go further, one simply had to pass the test better than others. As I found out later, there were unusually many of those “others” at the company that year. I did not end up among the best. Oops. Nine months of effort down the drain? I did not have a Plan B at the time.

The beauty of my situation, however, was that no one was chasing me anywhere. I could try to break through again in winter, good that now I knew exactly what the test looked like, and could prepare all I wanted. I could also completely give up the idea of changing careers and rearrange the whole board. However, that last thought only crossed my mind the day I received the rejection letter. Okay, maybe the day after, too.

Well, and then it so happened that Idea Port Riga was looking for an author to write a few blog posts, and this is where my writing skills came in very handy. During one of the regular discussions I mentioned my aspirations to change careers, and – this is where I was incredibly blessed – very specific people (thank you, Olia, Sasha and also all who stayed behind the scenes!) at IPR made a very specific and somewhat, to my taste, risky decision to give me a chance. As for the rest, if you’ve read my previous posts, you already know.

Advice from my experience

What would I have done differently? Nothing, for in the end everything played out in the best way possible for me! What would I advise to someone who was inspired by my experience? Get professional Java certificates from Oracle before you even talk to your potential employer. Yes, they cost money, but – you need them. Because “some courses here and there” does not prove anything, your childish code on GitHub will be super naïve for any professional (the most it can show is that you know industry standards and are neat). Whereas professional certificates – that’s something.

And remember – career change is not a moonshot. Millions of people “have done it”. In the West, this process is generally viewed as a normal occurrence. And finally – if I could do it, so can you.