Intern chronicles. Weeks four and five, when I make a mistake and get fined 40 euros

Five weeks of my new life have passed. The New Year is approaching like a sweeping jack-screw, and it is clear that I haven’t merely survived at Idea Port Riga but am starting to settle in.  I’m coming to work with pleasure, I like everything, I am successful at everything, I am satisfied with everything, BUT… that “but” is exactly what I’m going to talk about today.

The myth about developers vs testers

It’s hard to tell anything new about the work itself. I’ve gotten involved in the process and am successfully solving client’s problems, fixing mistakes and adding new functions (for now – just small bits here and there). I clearly understand that in 90% of cases we do just that – work on existing code. I’m rather satisfied with that, for in my hopefully-soon-already-past life I have created new entities for 1574 years ahead (let’s get back to this in 3592, kindly mark it in your calendar). Will I be glad to make something new? Certainly. Will I worry if it does not happen tomorrow? Not at all. Even though I know that for many in our industry this “rocking back and forth” is a painful topic.

How successful am I at fixing things that break themselves for unknown reasons, or at adding something new upon client’s request? Well, I still have not managed to get down a living system and it’s regrettable, as apparently nobody can call themselves a true developer until they break something in a big way (or so I’ve heard). Guess I still have everything ahead of me? Let’s hope so!

It’s not an easy feat because The Galaxy the client’s system is guarded by testers. Tales from the crypt read that they do not like developers and developers do not like them but on the authority of my five-year experience, I can knowingly state: this is all lies! Testers are the loveliest of people and it is easy and a pleasurable to work with them! No, seriously – of course, we do throw tasks at each other screaming “I made it, test it!” and in response get “nothing works, we don’t know what you made there!”. But in general, all is fine! I have quickly learned to see them as colleagues and not as enemies.

And now to the sad part. I made a mistake

Employees of Idea Pro Riga are enthusiastic people who periodically gather together outside of work (or at work, but not for work). I learned about this long ago, when scrolling through our corporate Yammer.  But this time I had the chance to feel it for myself – to join them at one of those “events” (even though my mentor was threatening to put guards at the kitchen entrance and only let in the chosen ones… Hm... Maybe he was joking? Who knows, he could… No, he was clearly joking. We don’t even have guards!).

And I have hopelessly missed this opportunity.

We were going to play board games, which iss twice as hurtful. Even though I do not consider myself much of a board-gamer, I never miss an opportunity to play. However, for some reason I had decided that it all started at seven PM and had not taken early action (aka, time off) at that other job where I am still working for now. Meanwhile, it all started at five. And, of course, without me.

Yes, this event – like, for example, grill-parties organized at IPR in summer – is purely voluntary and nobody executed me. But I, though usually averse to corporate events, would have gladly participated in such an evening. I love games! Oh, well... This time it wasn’t meant to be.

Yeah, later I found out that they only left at 11PM, and that I could well have pulled up later and nobody would bite me for that. Still, what’s done is done … you don’t swing fists after a fight.

This mistake – for some reason I thought it was at seven, did not even “think” actually – can seem a minor, right? Happens to everyone, right? The problem is, with me it usually doesn’t “happen”. I tremblingly, to fanaticism, seriously relate to time and anything to do with it.

What else usually does not “happen” to me? Fines for my car blocking someone’s way (being parked in front of a gate). And I received this fine – for the first time in my life! – because I did not notice that frigging gate, which seems especially made to blend in with the fence next to it. The most hurtful thing is that usually I walk to IPR if the weather permits. Just this one time I decided to drive, and here I am! 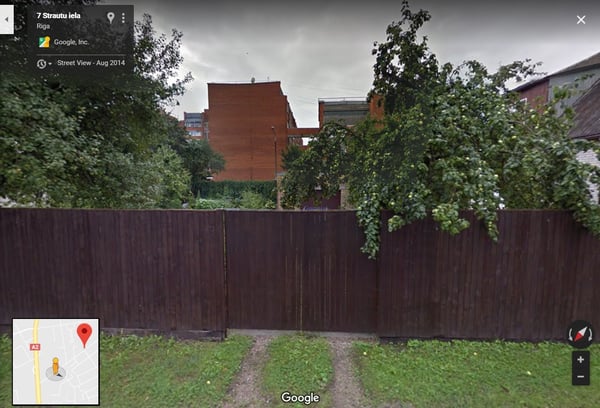 Another thing that usually does not “happen” to me is that I do not notice a typo in a text (in this case – code) for two hours straight. Indeed, why is our hash generated like this in one place and like that in another? What mysticism is this? No mysticism, this is a wrong letter in one place… The mistake-typo was discovered and fixed by Alex, and he is probably still walking around facepalming about it. I'm doing so myself!

All of these are consequences of my crazy schedule. I have probably already alluded to this, but let me finally say it clearly – in IPR I am, for now, still an intern, and, as I’m not a student, I am working full-time at another job. I will not tell you how many hours a week I work in total because this number is not healthy and nothing to be proud of. I will merely say that this situation would sooner or later have to lead to the appearance of these “haven’t thought”, “haven’t seen” and “haven’t noticed”. And it has.

I’m neither complaining, nor boasting. I am only warning anyone following in my footsteps! No matter how much of a self-organised control-freak you are, sooner or later the human physiology and what we casually call “accumulated fatigue” will catch up to you.

(The paragraph above should be cast in granite and handed out under signature to every new intern. Ideally, of course, they would be forced to read my blog full of Higher Wisdom and Truth but I’m not sure they are worthy of it.)

Weekend - only for rest

Having realized all this, I did what my mentor has asked me to do from the very beginning – for the first time, I did NOT open my work laptop on the weekend, even though I had things to do. Yes, I will continue working myself dead on weekdays until this situation is resolved, but now there will also be a break. I strongly recommend this tactic to everyone else.

I recommend this at least because it affects the family. I have been boundlessly blessed with a spouse who constantly provides phenomenal support throughout the process of me trying to change careers. I would most certainly not have managed without her support. But at some point you realise yourself that it is time to slow down. For example, when your little daughter asks: “Mom, when will daddy stop being angry and fussy?”

But that’s enough tragicomedy. Especially, as the aftertaste of these weeks is indeed rather positive than sad. This board game night wasn’t the last one. The fine is merely a matter of money (hence, not a problem but just an expense). The typo in code is priceless experience that did not hurt anyone and merely added to Alex’s story bank. Hence – all is good and is getting even better :).

At last, coming back to our traditional rubric “small office discoveries”, let me tell you about one more cool tool that I first discovered at IPR – Bonus.ly . It’s a service that lets us rather publicly (everything is transmitted to Yammer) thank our colleagues. Did someone help with your project? Organise a board game night? Solve a problem you were battling all day in a fingersnap?

In Bonus.ly , you can “pay” points crystals, which are given out every month and “burn away” if you do not use them. Also, kind of “unobtrusively” (everyone is doing this, so what’s the big deal?) say “thank you” to a colleague. Of course, nobody is precluding you from saying “thank you” in any other Yammer group. Yet, I’ve experienced how it is often awkward to do “for no reason”.

Yes, it is a game, and you can exchange the crystals received for different prizes, including a lunch with the CEO. But it is a game that lets you not forget that people living and working with you are human beings, which is particularly important in situations when everyone is sitting in their own corner puffing over their own projects, barely meeting even at the office. Even at the board game night.

In the upcoming episodes:  why I was stuck on the third floor sitting alone, how to survive mentor Alex, impostor’s syndrome, why I envy students, part-time vs full-time, is it necessary to work from home , am I still alive, how many of my “fixes” are wrapped up by testers, what do my family and friends think about this, how our work is changing the world – and other small work problems of an experienced intern.