There was just a certain sense of...incompleteness after our last conversation. After all, it's incredibly interesting: have they asked me to pack up and leave or not? Did I screw up production, or not yet?  Am I still working for food, or …? Sensing these questions, I decided that my turning from a duckling into an (arguably) beautiful swan deserved at least a continuation, if not a conclusion.

Not to become a parody of myself though - as melodrama is allowed for an intern, but not for a mature and self-respecting junior developer - I have decided to deliver this continuation in a radically different style: as a number of short questions to myself with not necessarily short answers.

How are you, professionally?

I’m okay. My motivation isn’t going anywhere, and the opportunities are steadily growing. I’m still mainly digging through legacy code for now, though they sometimes let me handle some modern micro-services. Although they take them back rather fast... before I break anything.

Did you screw up production?

Of course! And I also made a patch that fixed one thing but broke another… which I resolved in the end, too. Checkboxes are ticked, points are earned! Actually, it is insanely cool that I didn’t get punished for any of this… for now. I can’t imagine how a person can work if for every mistake they get the dunce hat. I don’t think I would survive that.

Are you still sitting alone in your corner? 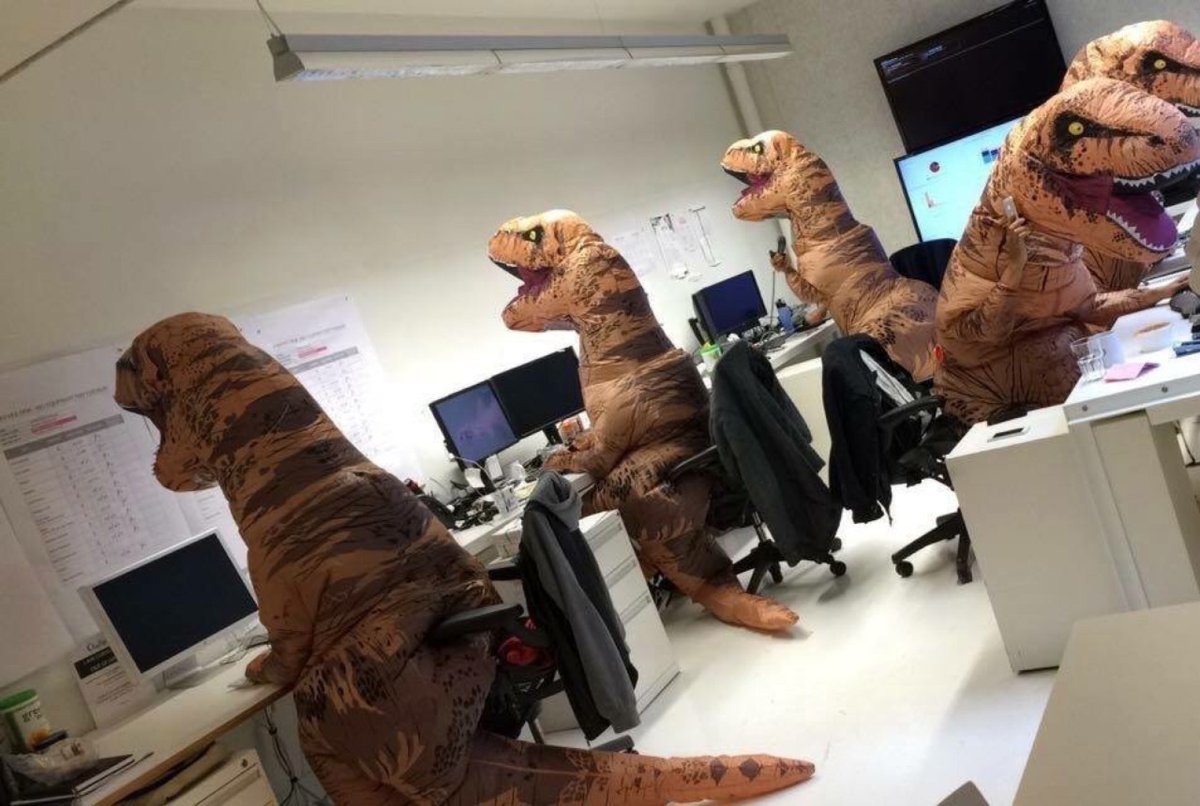 What else do you hate?

“Hate” is too strong of a word, but, something I dislike is the client’s timekeeping system. It’s universal, so it’s not the client’s fault. It is a game within a game, with its own rules. Overall, this whole office mumbo-jumbo and bureaucracy… it exists and I just need to live with it. Thankfully, with this client, it is mostly compensated for by a really great team.

Regarding the compensation… what about the money?

Coming out with it just like that, huh? Actually, I’ll use this opportunity to remind many of my colleagues that they have been notably blessed. I won’t be climbing any armoured cars and broadcasting any truisms, but really - as much as you are all smart and cool, and even if I do not love you all, I definitely respect every single one of you - but outside of your industry you would be earning notably less. Regardless of the smarts and coolness. There are many guys out there, just as cool and smart as you, but they work “in the wrong” industry and I am a living testimony to that… or I was. I think you should remember and appreciate it. Okay, okay, I’m getting down already, put down the stakes and pitchforks!

Still working at night and on the weekend, huh?

Nah, I stopped.. almost. I know quite well that it leads to burnout and eventually jeopardizes the work, but I am still not shy to go that extra mile for our client when necessary. And yes, I’m very humble!

What would you tell yourself from half a year ago?

“You are doing everything absolutely right. Your sweat and tears will pay off tenfold. Do what you are doing. Good job! And remember that you’ve been very blessed with your company, your colleagues and your client. Appreciate that!”

In full effect. I still start working on things without having any idea how to do it. I still feel like someone will find me out and chase me away one day. I console myself that while they haven’t chased me away, I have managed to add value and do good. Maybe I need professional help, but for now, I’m fine with plantain leaf applications.

Why are you so frank?

If not me, who else? I think many employees and newbies in the company may be feeling something similar, but few are ready to talk about it. Know friends, that you are not alone and that these feelings are, if not normal, then at least natural.

Okay. Name three things that you like at Idea Port Riga after half a year?

The main thing: total lack of pressure. For example, I’m an introvert and don’t like parties, gatherings, and large meetings, and NOBODY forces me to go. Personally, I value this a lot. I hate teambuilding more than open-space offices, and it’s great that IPR does not have either. At the same time, I can see that the sociable, talkative guys also feel great here. The opportunity to be yourself and find colleagues that you vibe with is a great perk of IPR.

Yeah, that’s great, but you can’t trick us. What are the other two things?

Everything works. Except parking. Honestly, I still do not know how that weird gate works. I mean, I know in theory that it has a phone number and I even know that if I walk and see Marta she will explain everything easily. But IPR should have at least one mystery, right? Otherwise, technically IPR is an exceptionally smooth system.And I am stressing this because I am not taking this for granted and don’t suggest others do, either. Many thanks to everyone responsible for this!

And the third thing: top management is real people, living among us. Won’t go into details, I think everyone who is working for at least a couple of months will get what I mean.

Okay, if you’re saying so much good.. let’s talk about the drawbacks of IPR?

I won’t. It’s a question for burnt-out employees, especially those who want to leave, not because they have nothing to lose, but because they can see better. From my own corporate burnout experience, I can say wholeheartedly: people who have burnt out can see the drawbacks much clearer. Just speaking physiologically, our brains are wired that way.

As for me, I am still wearing rose-coloured glasses and everything around me looks beautiful and amazing, like a land of magic ponies. There is one thing I can note as a problem, though: I know the team on our client’s side better than the vast majority of my IPR colleagues. There are great guys and gals working on client’s side, but thinking long-term I see this gravitation towards teams “there” as a big problem for IPR itself, even though I only spend 2-3 days a week in client’s office. I’m scared to imagine the feelings of those who constantly spend their time “there” and show up at IPR quite rarely.

For the next weeks – to write one more post for my blog: a peculiar prequel codenamed “Intern’s chronicles. 18 months in the making, or how to turn a journalist into a developer without regrets”.

By the end of this year – to support my Java knowledge with a full-fledged Oracle certificate. It’s a costly and troublesome adventure, but it’s been enough resting and patting myself on the back – it’s time to move forward.