Intern chronicles. Week one, during which I burst into thousands of tiny overwhelmed pieces

-Come on, Tell me! The world's at war again, a new crisis is coming, banks are falling, neighbors are renovating their apartment for the third year, your wife is cheating, your daughter started smoking, you got fired, your wallet is empty, and yet you're still calm. How do you manage?! Share your secret!
-Tablets.
(Old joke)

Hi there! I’m an intern at Idea Port Riga (IPR). Yes, the one that never existed in their Java-team. Never existed, but now – exists.

It all started… No, I'll tell you how it all started some other time. Let me begin with my first day at the company. Then continue with the second, not miss the third and, probably share the fourth too. Won’t tell you about the fifth; it was a Saturday, and for some reason, I wasn’t working.

Yeah, so I started on Tuesday.

First thing I noticed about IPR was how fast everything was going. I had noted it before but got to experience it myself on Tuesday. They already expected me and started carefully, like some rotten egg, passing me from one colleague to another. Issued me a (plastic) pass and a (metal) computer. Then showed me the dressing room (they've got the classiest red sofa in there!). Where to pour coffee (the main thing!) I knew already, but if I didn't, they’d have told me that, too.

Proper work for me started just 8 minutes and 37 seconds after entering the office. I love speed in all its manifestations and felt it right away: this won’t be a place to relax.

Lyrical digression: when we were discussing my advent to IPR, my mentor Alex warned me that I would be working on “a certain internal system thingy”. You know, one of those for which there's never enough time or people, or Moon is not in Scorpio. He also announced the technologies I would need to use.

Should I note then that when I arrived on Tuesday the first thing I heard was: hey, you are going to work on a real project for this sizeable company, and when you’re finished then you can languish in the internal system to your heart’s content; oh, and yes: technologies you’ll need are entirely different. What? I should not tell you, should I? Okay, that’s exactly what I thought. Of course, that’s normal.

A side note: I don’t complain. First, good interns do not complain. Second, see “first”.

Me not being a student has one major benefit: in my previous life, I had spent some time as a mentor myself. Hence, I’m well aware of key characteristics of a good intern. To say it briefly, a good intern is a person who:

Seriously, I am even glad that they gave me an opportunity to mess something up in an actual project. First of all, it invigorates. Secondly, they won’t let me really mess up anything. Thirdly, even if I delete, freeze or screw up something, the entire company will immediately know who I am.

And, finally, most importantly: the “let’s throw him in the abyss and see if he comes up” approach has one notable advantage: if I am meant to drown, I will do so quickly. Didn't I already tell you that everything at IPR happens quickly? Yes, I love that!

To say I was scared is to say nothing. I was terrified! No, really. Think about it: you don’t just change your job, but also change your profession, cardinally. And you don’t just change your profession but are also told that all you prepared for (work on an internal project using technologies X) is postponed, and you are to work on a project for a serious external client (and use technologies Y). And even though, based on what Alex said, X and Y are not that much different, I fell into a mild trance. I did not recover until Wednesday.

On Tuesday and Wednesday, I was mainly busy setting up my computer and deploying the project. The work machine is powerful (speed!), my freedom to install programs, though not total – is sufficient. No need to follow anyone around and kick them to put this or give permission to install that. This freedom, of course, comes with certain responsibilities (about which, by the way, I was intelligibly informed in a special document about security that everyone is given to read before signing their contract).

Part of those responsibilities is that I am myself responsible for installing my software. I’m also expected to solve minor computer problems myself, and in general not to expect some magical admin to come and do it all for me. I liked it and found it curious and, perhaps, not quite regular. Either way, I can hardly believe international corporate giants would provide this level of freedom in choosing and installing my software.

Still, I’m sure that if I asked for help setting up my computer, I would get it. At least, when it turned out that my electronic key was not opening an external door, the problem was solved all but instantly.

Other problems and drawbacks have not been identified so far. I could, of course, twist my nose and say that it wouldn’t be bad if in addition to the computer I would also receive a full-sized mouse and earphones but I won’t. First of all, a mouse and earphones are individual things, especially in my case. Secondly, the computer I got was so good I'd call myself a pig if I asked for more. Thirdly, I’m a good intern.

And, to be honest, the first week I was too busy for the mouse or the earphones anyway. I spent the second half of the week deploying the project I was meant to work on and even that already caused some problems. Not just because the project was not a tiny one, or because its documentation was not found right away, but also because I ended up learning many tools as I went.

And that – is loathsome. Imagine that you hire a person to build a house, give him a hammer, and he’s then hanging out there happily twirling it around and babbling: “Wow, what a thing! I've never seen this before! But that’s fine, I’ll figure it out!” Hi, guys. This person is me. Glad to make your acquaintance. And what a house I shall build for you!

During the course of the mess, Alex and I ran into some things that stubbornly refused to work. We killed a lot of time jointly solving this problem. And not just my – cheap – time. Also the rather valuable time of my mentor. The situation was further aggravated by me not yet working full-time.

Working result of my first, incomplete, workweek: key project deployment problems are solved, but it’s still not fully up yet. Not all software is installed yet, either. I still have not studied the project’s code and have not written a single line, except the “Hello World” to test the performance of InteliJ. I was told that all is going as it should, but I feel that I the urge to be speeding up.

In the next episodes: why I was exiled to the solitary confinement on the third floor, how to survive mentor Alex, does impostor’s syndrome exist, why I envy students, what I think about part-time vs full-time, is it necessary to work from home, am I still alive – and other minor work problems of an experienced intern. 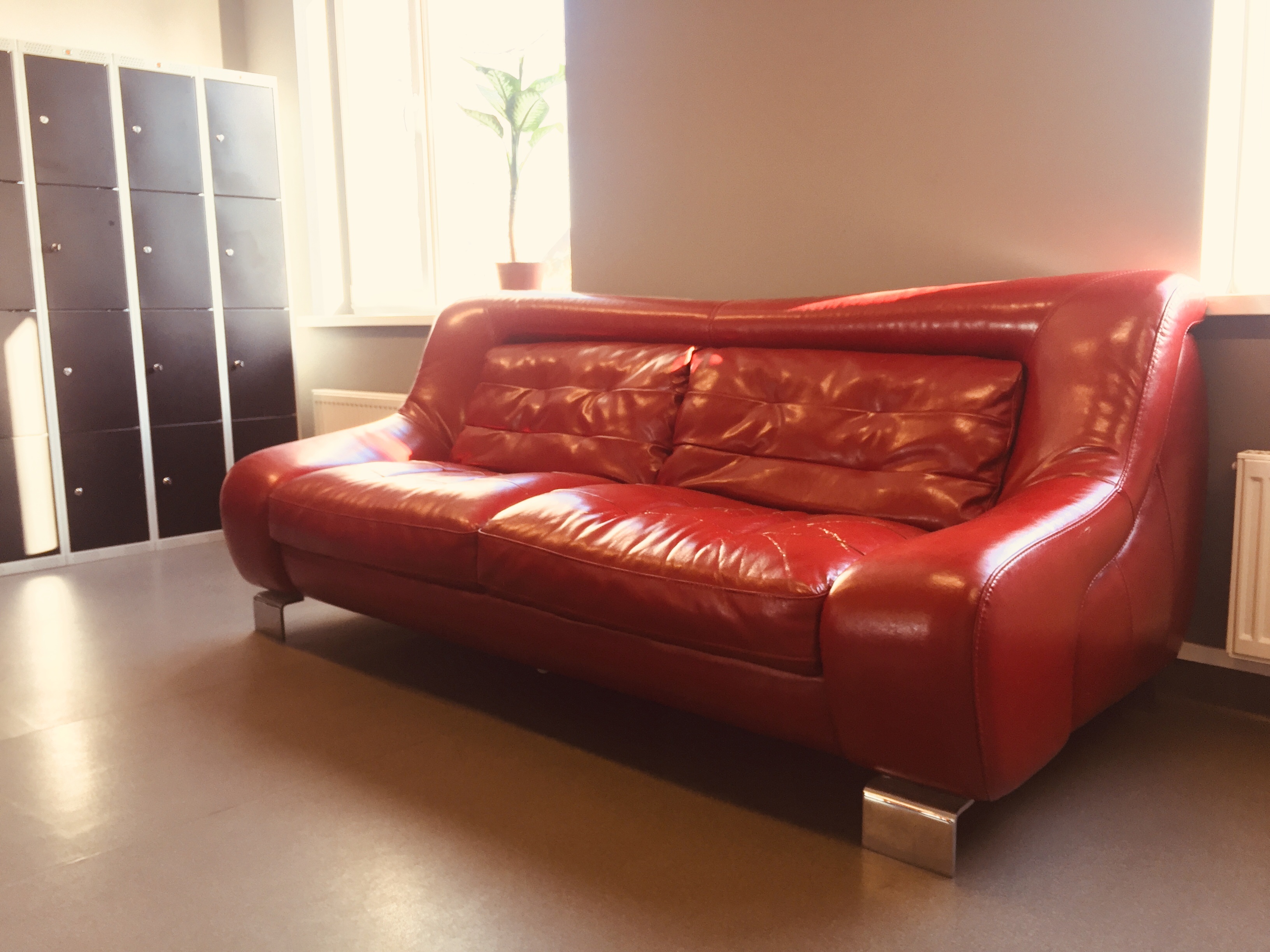